Eur. Commission Again Asks EU Members to “Phase Out” CIPs, Cyprus Sees “No Reason Why” it Should 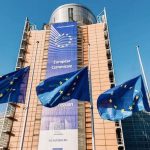 On April 1st, the European Commission once again sent a letter to member states Bulgaria, Malta, and Cyprus reiterating calls for a phasing out of their citizenship by investment programs.

The Commission, reportedly, also demanded the countries present a plan for how exactly they would discontinue their programs, asking that such a plan be presented to the Commission.

Interior Minister Nicos Nouris, however, confirmed on Tuesday that the government of Cyprus had no intention of ending the program, according to Cyprus Mail.

“With the measures which have been taken after May 2019 we see no reason as to why it should be stopped but also the checks now go above and beyond,” he told Phileleftheros.

Last year, Cyprus introduced a wide array of new measures to reinforce the program’s integrity, particularly in relation to due diligence, going so far as to have three audit firms conduct retroactive due diligence on all files submitted during previous years, where vetting standards were laser, a process that has so far resulted in the planned revocation of at least 26 citizenships.

The program reforms that began in 2018 and 2019 aimed specifically at addressing the European Commission’s concerns. Cyprus went to great lengths to plug the “chinks in the armor” that the European Commission had identified so as to ameliorate Bruselian concerns. Although Cyprus has now amended its program in accordance with European recommendations, the Commission persists in its calls for ending it.

Cyprus has learned the same lesson about the European Commission that low-tax Caribbean countries have learned about the OECD: You can tick all the boxes they ask you to and comply with all their demands but, come next year, the goalposts will have been moved and new boxes will have been added. It’s not about “good governance”; it’s about keeping control. Appeasement doesn’t work.

The post Eur. Commission Again Asks EU Members to “Phase Out” CIPs, Cyprus Sees “No Reason Why” it Should appeared first on Investment Migration Insider.