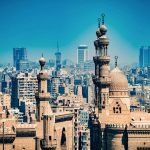 In September last year, the Egyptian Parliament approved the granting of residence permits – and, after a five-year period, citizenship – to those who deposited 7 million Egyptian pounds (US$422,000) in one of the country’s state-owned banks.

Last Sunday, however, Parliament passed amendments to two separate laws regulating Egyptian nationality and the presence of foreigners in the country that would permit the naturalization of individuals who “purchased a property owned by the State or other public legal persons or by establishing an investment project in accordance with the provisions of the Investment Law No. 72 of 2017,” reports Daily News Egypt.

What had initially been a residency program with a path to citizenship, in other words, is shaping up to become a bona fide citizenship by investment program without the need for a residence period.

Cabinet will now form a special committee – or a CIU, in industry parlance – to process applications from investors. The committee will “include representatives of the ministries of foreign affairs, interior, and investment, as well as the concerned security authorities.

The Committee will charge US$10,000 for applications and will then have three months to conduct the requisite due diligence before making an initial decision, upon which it will grant a six-month temporary residence to the investor so that he/she may complete the procedures and provide the documentation needed for final approval.

Those who do receive approvals and citizenships in the 5,169-year old country “will not be allowed to practice any political rights for five years.”

Parliamentarians who voted against the motion cited mostly ethical reasons for their misgivings.

“Egypt was once among the targeted countries in the new Middle East project, so I reject this law as I believe the Egyptian nationality is too expensive to be sold,” said MP Mostafa Bakry.