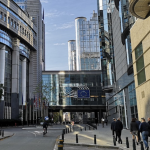 The Investment Migration Council (IMC) expresses chagrin at being excluded from consultations on a report it says was “hijacked by ill-informed, unaccountable third party organizations.”

In an opinion adopted yesterday, the European Economic and Social Committee (EESC) “echoes the European Parliament’s call in a recent report to phase out all investor schemes, and urges the Member States to follow this recommendation or provide reasonable arguments and evidence for not doing so.”

The Opinion follows a, by-now, familiar theme; IM programs allegedly pose tremendous risks of security, money laundering, tax evasion, and corruption. The IMC hints that it fully expects the refrain of misconceptions to be repeated widely in the usual outlets known for their antipathy to investment migration, including the Transparency International, the Guardian, OOCRP, and Global Witness.

The IMC, which has been aware of the planned publication of the Opinion for several months, expresses disappointment at not being included in the consultation process, considering their expertise on the topic and the relative lack of the same on the part of the rapporteurs.

On several occasions in recent months, the IMC wrote to the EESC and Jean-Marc Roirant – the head rapporteur who is chiefly an expert on education policy rather than immigration or economics – in a bid to have its views considered, to little avail.

In a letter to Roirant dated August 29th, Bruno L’ecuyer, CEO of the IMC, states:

The IMC actively collaborates with policy and lawmakers to ensure the development of regulation that minimises the risk of abuse and retains the benefits of Investment Migration. As such, we are surprised that the committee has not yet invited the IMC, as subject matter experts, to be consulted during the preparation of this opinion.

Given widely spread misconceptions of these programmes and disinformation campaigns undertaken by certain organisations and individuals, we believe an objective and fact-based approach, including contributions from all relevant stakeholders, is essential in order to ensure a balanced report.

The letter, explains the IMC, went unanswered. The organization again reached out to Roirant on September 17th.

As the Committee will appreciate, an objective, balanced and fact-based report that includes up to date contributions from relevant stakeholders, is essential from a governance perspective. The lack of balanced insight was recognised by the European Commission itself post the publication of its own report, hence the expert and stakeholder working groups they subsequently set up and on which we and our representative governments are participating in since April/May this year.

To strive for such a balance of inputs/views to be reflected in your work and that of the committee I attach our detailed comments on the current draft option. My key ask as CEO of the main industry body representing investment migration that is registered with the EU Transparency Register and enjoys Special Consultative Status with the UN ECOSOC is that industry views are represented in the report, anything short of that would be intellectually disingenuous which most certainly would not be the intention of the committee.

In the end, says Mr. L’ecuyer, “a small, tiny, almost insignificant number of the amendments we proposed have been taken on board.”

The IMC highlights the Opinion’s (and the January report’s) virtual disregard of the benefits of investment migration. No mention was made, says the association, of the economic contributions investment migration programs have had on European economies, which the European Parliament’s own Research Service has recognized as amounting to some EUR 9 billion across eight EU member states in the last decade.

Nor was any consideration given to the IMC’s work on the promulgation of industry-wide standards on due diligence, professional ethics, and best practices.

In an email to IMI, the IMC states that “it is a shame that the IMC was not included in the process of drafting the EESC report – as the industry experts we would have been expected to be included in the evidence-gathering process and to be invited to provide evidence. We, therefore, flagged the above concerns to the EESC in the hope that they would be taken on board during the drafting process but, unfortunately, this has not been the case – although some smaller amendments were integrated into the text.”

The same statement also lamented the one-sided approach to crafting the report, which was in large part prepared by representatives from Transparency International – whose views on investment migration are well-established – particularly Laure Brillaud, author of previous TI reports on investment migration, who is listed as among the experts in the January report.

“The lack of balanced insight in the European Commission’s report earlier this year was recognized by the European Commission itself, leading to the establishment of the expert and stakeholder working groups in which we are participating. It is disappointing that these steps to address the lack of balance in the debate have not been reflected in the EESC’s drafting process. It is crucial that the European policy debate is not dominated by a small number of external stakeholders representing only one side of the picture,” the statement from the IMC continued.

Today, the IMC will release another public statement on the matter, excerpts of which are reprinted below:

The IMC cautions the EU against the risk of a policy hijack by ill-informed and unaccountable third party organisations ahead of the adoption of a European Economic and Social Committee Opinion on residence and citizenship by investment.

[…] The IMC believes that it has been heavily influenced by third party organisations that have been given full access to the Committee and have had a significant role in drafting the related documents. What is particularly concerning is that these third party organisations have little or no specialist understanding of the standard industrial processes at the heart of investment migration. This can be seen by the multiple factual errors littered across their previously published work.

In addition, it would appear that these organisations have been given unprecedented privileged access to the Committee, something denied to the official trade association that represents the majority of the investment migration industry – a remarkable situation in such a legally and technically complex industry where it is unlikely that many members of the Committee will have an educated view in advance of the proceedings.