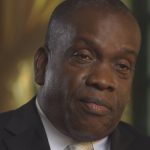 Leader of Dominica’s political opposition – Lennox Linton of the United Workers Party – says he has written to the government’s Financial Secretary asking for detailed information about funds raised under the country’s citizenship by investment program (CIP).

Dominica and Saint Kitts & Nevis are unique among the world’s 12 formal CIPs in not publishing accounts of their CIP-related revenue. While Saint Kitts & Nevis CIU boss Les Khan has indicated such reticence is a competitive advantage, Dominica – so far – has not indicated any particular reasons for not making its receipts known.

See also: The RCBI-Industry’s Greatest Threat is of Our Own Making and We Can Stop it Ourselves

Last week, however, the Dominica opposition leader told Parliament he had “written to the Financial Secretary asking for the information as follows: the number of citizenships approved for the three-year period [the last three financial years ended June 30, 2019] broken down by year, broken down by economic development fund, real estate, and any other citizenship access option,” according to Dominica News Online.

Linton further requested information on the precise amounts invested during the period, also broken down by contribution category, as well as “receipts, disbursements, and year-end balances for special funds, trust funds, escrow accounts, and other funds or accounts operating with money derived from and connected to the Citizenship by Investment Programme.”

Dominica is the world’s most popular CIP. If you want to know more about it, visit the Dominica Citizenship by Investment Program Page.

Sparking Linton’s request was the Prime Minister’s presentation of the 2019-20 National Budget in Parliament last week, which included CBI-receipts of EC$226 million. The opposition head said this was “180.6 million dollars less than the budgeted amount of 406.6 million dollars presented in the original estimates,” which, Linton pointed out, amounted to a 44% shortfall.

Hundreds of companies can assist with applications to the Dominica CIP. To see which ones, visit the Residence and Citizenship by Investment Company Directory.

Linton further claimed a total of 3,961 individuals had received citizenships in the country during a 5-month period within the 2018-19 fiscal year, and estimated that they had brought in an average of around US$50,000 each. That, he said, meant that CBI-income projections were far too low.

“The projected CBI income for 2018-2019 should likely have been some EC$1.291 billion,” he told Parliament and commented that this represented more than a billion EC dollars in revenue that remained unaccounted for.

Read also: What Difference Does a Citizenship Program Make? Comparison of CIPs’ Contribution to GDP and Govt. Revenue

The UWP leader indicated he had given the Financial Secretary – Rosemund Edwards – a “timeline of August 14, 2019 to get the requested information,” and said that the Financial Secretary “is minded to comply with legitimate requests for information that has to do with her responsibility for accounting and managing of the funds placed under her trust as a public officer of the State. I sincerely hope that no public officer is of the mind to be obstructionist where the provision of information where this important information is concerned.”

More on the Dominica CIP: