Cypriot MPs Once More Calling for Publication of Investors’ Names 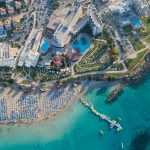 The Cypriot Data Protection Commissioner is compelled to appear before Parliament once more to urge lawmakers to place privacy protection above transparency as lawmakers debate whether to publish the names of CIP-applicants.

Perdikis gets back on the horse
Greens MP George Perdikis has tabled a bill that, if passed, would see the names and other personal details of applicants to the country’s citizenship by investment program (CIP) published in an official Gazette. This is the second time in as many years that the center-left lawmaker attempts to compel the publishing of investors’ names. In April last year, he tabled a bill with the same objective, which parliamentarians ultimately rejected.

Data Protection Commissioner Irini Loizidou told MPs she opposed the bill on the grounds that it was a “disproportionate” measure that, when weighed against equally valid privacy considerations, must take a back seat to data protection.

“There may be some extreme cases [of applicants] which may not be ultimately approved, but it is possible that revealing those names could damage the public interest, the defense, the economy or the Republic’s international relations,” said Loizidou, according to the Cyprus Mail.

Perdikis’ draft bill is a result of long-standing pressure from European institutions – the European Commission, in particular – to increase transparency among the Union’s CIPs. In response, Cyprus has enacted wide-ranging reforms for its program, while Malta has gone so far as to publish the names of its new citizens.

It’s not the first time Ms. Loizidou has had to fend off attempts at divulging the data of investor migrants; in March last year, the Guardian illegally published a leaked list of names of participants in the program. Commissioner Loizidis acted without delay, ordering the original media report deleted and warned that she would respond to any further publication of the list by exercising her “authority provided by the law against media outlets that do so”.

Hoisted by its own petard
While the European Commission has been primus motor in the drive for CIP-transparency, it has been even more vehement in its demand for increased protection of individual data; Commissioner for Justice, Vera Jourova, played an instrumental role in bringing about the General Data Protection Regulation (GDPR). The same institution is now pushing for the flagrant disregard for data protection in the particular case of citizenship investors.

Loizidis, on Monday, argued that Cyprus was obliged to follow the guidelines of the GDPR when it comes to the disclosure of personal data, citing the regulation’s Article 5, which states that the collection and processing of personal data must be “adequate, relevant, and limited to what is necessary in relation to the purposes for which they are processed.”

Two politically tectonic plates are colliding; data protection and transparency. Which of the two will yield remains uncertain, but the irony of an EU member state now warding off one Brusselian decree with another is surely not lost on the European Commission.