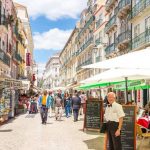 For the last year and a half, Transparency International (TI) has pressed Portugal’s Ministry of Internal Affairs to share more detailed statistics on the country’s residence by investment program (the ARI, or golden visa) than it currently does. The Ministry has so far dragged its feet, invoking arguments of statistical confidentiality and “internal security secrets”. Now, the Administrative Court of Lisbon has upheld a subpoena filed by TI in April 2018, a ruling that will force the Ministry to publicly disclose an extremely detailed set of statistics.

The Ministry already shares statistics on its golden visa program through the SEF’s monthly releases. These, however, contain only a low-resolution picture of program trends, limited to

IMI has an extensive, longitudinal data-set on the Portuguese program, one we’ve been able to provide only by keeping tabs on, logging, and storing the monthly government releases in our own database; the SEF shares only momentary snapshots of the data and has removed historical data from its website.

TI, meanwhile, has requested a much richer data set. The November 20 ruling – which, according to TI, was only communicated to them last week – obliges the Ministry to provide the following information within 10 days (via TI Portugal):

b) Total number of visas granted by nationality of beneficiaries;

c) Total number of visas granted by area of activity/investment of the beneficiaries;

*d) Number of investments made not directly by the beneficiaries but by companies controlled by them (in particular as regards real estate investing)*;

e) Number of jobs created by beneficiaries of the programme;

f) Number of applications rejected since the beginning of the programme, broken down by applicants’ country of origin;

*g) Number of visas issued which were subsequently cancelled since the beginning of the programme, broken down by applicants’ country of origin and indicating the reasons for cancellation*;

*h) Number of contacts established with third country authorities to verify data submitted by applicants, broken down by countries contacted*;

i) Annual evolution of data referred to in points (a) to (h);

j) Identification of the companies that created jobs as provided for in paragraph d) of paragraph 1 and paragraphs 2 and 3 of Article 3 of the Foreigners Act;

k) Identification of the companies through which the real estate investment was made (sole proprietorship by quotas or joint ownership, pursuant to the provisions of Article 65-A, paragraph 2 of Regulatory Decree No. 9/2018, of September 11).

3. Regulations indicating what control mechanisms and procedures are in force, namely to establish the origins of the invested capital and to identify the beneficial owners of companies that set up in the country and/or acquire real estate and whose partners benefit from Golden Visas.

The points marked with * correspond to information that the Government has acknowledged does not exist.

Infernal Affairs
The Ministry of Internal Affairs now has its work cut out and will need to devote considerable resources to compiling historical figures.

The editor of IMI has previously argued, in an opinion piece, that out of all the common arguments levied against the investment migration industry, the one that is consistently valid is that which relates to processing unit opacity. See: The RCBI-Industry’s Greatest Threat is of Our Own Making and We Can Stop it Ourselves

There’s simply no legitimate reason not to be transparent about RCBI program statistics. Opacity invites suspicion. But, as observed with the Malta IIP, even complete and utter program transparency over 70-page statistical reports compiled by an independent regulator does not prevent intransigent detractors (including organizations like TI) from referring to it as “corrupt”, “murky”, and a “security threat”.

“This ruling confirms the elementary right of citizens to question their governments and access information of relevant public interest – a right that the Ministry of Internal Affairs has repeatedly denied to us for almost two years,” said the Vice Chair of Transparency International Portugal, Susana Coroado.

“This information is all the more important, urgent even, since the Golden Visa program has raised criticism and alarm signals from the European Parliament, the European Commission and more recently the European Economic and Social Committee, because of the risks of corruption, money laundering and even the security implications for the EU as a whole,” she added.

Conflicts of interest and tautologies
Coroado neglects to mention that it is largely her own organization that’s been the origin of those claims and the chief emitter of “alarm signals”. They did not arise organically within European political bodies but were fed to them directly by TI, Global Witness, OCCRP and similar outfits. In fact, as exposed by the IMC in October and ignored by all but one media outlet (this one), employees at TI have actually done the leg-work for the European Parliament in preparing reports on the investment migration industry.

In other words, Transparency International itself first wrote the European Economic and Social Committee’s (EESC’s) report on investment migration, and is now effectively saying “look, even the EESC thinks golden visas are a major security and corruption risk”.

While that report was on the drawing board, the IMC sent repeated letters to its nominal authors asking to be included in the consultation process in its capacity as the industry association, one which devotes a tremendous amount of resources to academic research on the topic. These letters were ignored, resulting in a report consisting largely of TI’s pre-digested conclusions, a practice Bruno L’ecuyer, head of the IMC, termed “intellectually disingenuous”.

TI’s pursuit of transparency in investment migration is laudable and valid (at least as long as it is balanced by the equally valid objective of respecting privacy), and IMI, as a publication that dedicates much of its coverage to reporting accurate statistics for IM programs, looks forward to the upcoming cascades of new data for the Portuguese ARI.

But TI should, by the same token, acknowledge the legitimacy of programs that do conform to the highest standards of transparency, such as the Malta IIP. By not doing so, and in fact continuing to lambast the program as if it were purposely obfuscating its internal machinations, TI has shown its hypocritical hand; their motives grow not out of a devotion to the truth but, rather, to a particular political end.

Want to know more about the Portuguese golden visa? To see recent articles, statistics, official links, and more, please visit its Program Page. To see which firms can assist with applications to the program, visit the Residence & Citizenship by Investment Company Directory.