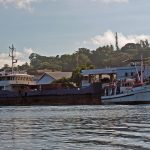 In 2018, reports Vanuatu’s Ministry of Finance and Treasury, CBI-related revenue reached such unprecedented levels that, for the first time in the country’s history, it displaced VAT-receipts as the government’s single biggest source of funds.

“In 2018, revenue from the honorary citizenship programs overtook that of VAT for the first time. The Government remains careful not to rely on the income stream from the honorary citizenship programs and is working on implementing the Tax Administration Act to make the collection of tax revenue more efficient.,” said the ministry’s half-year report.

While CBI-income broke all previous records last year, revenue in 2019 is poised to match, if not exceed, that seen in 2018. Out of the government’s total revenue of 15.6 billion vatu in the first half of 2019, fully one-third arose from the country’s two citizenship by investment programs – the Vanuatu Development Support Program and the Vanuatu Contribution Program.

See also: Why Does Vanuatu Have Several CIPs? And What do They Really Cost?

The IMF, who last year forecast that Vanuatu’s CBI revenue would fall by 72% this year, has cautioned the country’s government not to grow accustomed to the revenue source, which they consider a windfall rather than a “new normal”. The half-year report will test the credibility of the organization’s forecasting capabilities.

More on Vanuatu Citizenship by Investment: