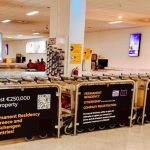 Over the past three years, China’s investment migration industry – which was already the world’s largest – has been gaining momentum. An investment of EUR 250,000 in a property (either for the investor’s personal use or as a buy-to-let investment) in a quaint Mediterranean country that came with a residence permit in an EU country is an attractive proposition. Especially when you consider that homes in central Shanghai go for an average of CNY 92,400 per square meter (some EUR 12,000) and that the equivalent in Athens will cost you about EUR 1,800 per square meter, a seventh of the price.

That the Greek economy – along with its property prices – took a serious nose-dive a few years ago is common knowledge, also in China. The country also appeared to have the stamp of approval from the Belt-and-Road promoting government. This combination of factors, along with the golden visa possibility, prompted Chinese investors to overcome the colossal cultural and linguistic barriers of investment in the Hellenic Republic.

Applications for residence by investment began soaring in 2015; by 2018, Greece’s program had become Europe’s most popular. Before 2019 is over, it will have pulled even further ahead of its closest rivals.

But as the golden visa market roared ahead, acute red flags pertaining to risk and compliance went largely ignored – as they often do when people are making money hand over fist. Issues with delayed payments, delayed property delivery times, and overpricing began to multiply.

For Chinese agents, the troubles started with commission payments. The earliest cohort of Greek developers entered the Chinese market with “amazing” investment deals in which investors would pay EUR 250,000 for a property and get a promise of immediate payment of rental income from that same property.

Here’s an example of how it worked in practice: Once the Chinese investor had bought the property, the developer refunded him EUR 70,000 – of “future rental income” – immediately following the approval of his residence permit. Moreover, the developer paid a 20% commission (EUR 50,000) to the agent.

Both the Chinese agents and investors were on board with the arrangement. Of course, everyone understood that the EUR 120,000 the developer paid out at the onset had to come from somewhere. And that somewhere, of course, was above-market square meter prices.

Competing developers had to follow suit; if Chinese agents accept nothing below 20%, then the commission has to be 20%. Anything significantly below that level would move real estate at the same speed as a 0% commission. Developers who weren’t on board with this, as a matter of principle, for example, simply had to find something else to do.

But the problem with stratospheric commissions and advance payments of rental income require ample cash and downright unconscionable margins. Successful outcomes hinge on high levels of liquidity and a persistent cash-flow. In their eagerness to rapidly seize market share, many developers have turned to using the investment funds of new investors to cover refurbishment costs, operating costs, agent commissions, and rental income advance payments.

In other words; developers are using money from new investors to provide returns to existing ones. This tactic, while perhaps unwise in the long term, is not, strictly speaking, illegal in property markets (unlike in financial markets, where this type of structure is called a Ponzi scheme and would send anyone using it to jail for a long time).

But it’s a very vulnerable business model because it drives developers to constantly skirt very close to the edge of insolvency. There are plenty of examples of developers flying just a little too close to the sun and ending up in arrears.

The first group of stakeholders to be afflicted by developers’ overextended positions were the Chinese agents; commissions either showed up months later than promised or never materialized at all.

The second set of victims were the assets themselves; the insufficient cashflow prevented the timely completion of renovation works and, by extension, the collecting of rental payments.

Awkward POSition
News soon emerged in China about another predicament; Greek developers had been bringing credit card terminals (POS-machines) to the Chinese mainland so as to be able to take payments via credit card, unencumbered by Chinese capital controls. It worked for many investors for a number of years, until Chinese and Greek authorities became wise to the practice and put an end to it. Many investors who had availed themselves of the method suddenly found themselves between a Greek bank and a hard place; Greek authorities would not allow the use of POS-origin funds to buy golden visa real estate, nor could the investor take back their capital (how would he explain a sudden influx of EUR 250,000 to Chinese regulators?).

The new, business-friendly Greek government has since mitigated this impasse by, thankfully, reversing the former government’s policy of not permitting POS-payments.

In any case, Chinese investment migration firms ended up in an awkward position. Their sky-high commissions often turned out to be pie-in-the-sky commissions and their clients were furious.

The Chinese investment migration industry must take a good look at itself in the mirror. How did we end up here? How can we make sure our clients avoid these investment traps? And how can we get our commissions? These questions will be foremost in the minds of Chinese agents in 2020.

Want to know more about the Greek Golden Visa? To see recent articles, statistics, official links, and more, visit its Program Page. To see who can assist with applications to the program, visit the Residence & Citizenship by Investment Company Directory.