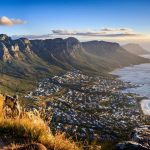 For the last year, South Africa’s ANC government, with the support and encouragement of EFF – a Marxist, anti-European party – have openly discussed plans to allow for expropriation of white-owned properties without compensation. The plan, they say, will redress historical injustices.

On May 26th, South Africa’s parliament passed the ominously named Expropriation Bill, which will allow the government to purchase land from white owners at a price the government itself deems appropriate through a “Valuer-General”. Before the law comes into effect, Jacob Zuma, the president, must sign the bill. He has yet to do so. The government further insists there will be no “land-grabbing” and that any expropriations must be conducted under with the framework of the law.

Already subject to formalized institutional discrimination (Black Economic Empowerment – BEE – laws that grant economic privileges to all races except whites), soaring levels of violent anti-white crime, and anti-white statements from the highest levels in the executive, whites are leaving the country in droves.

White flight from South Africa is not a recent phenomenon. Particularly among the young and the rich.

With the passing of the Expropriation Law on the horizon, however, they are seeing the writing on the wall. Emigration is speeding up.

South African investment migration practitioners with whom IMI has been in touch confirm that interest in residence and citizenship programs has accelerated sharply in recent months.

Amanda Smit, Managing Partner of Henley & Partners South Africa says the number of enquiries her firm received during the first half of 2019 outpaced those of the same period a year ago by 49%.

“The number of applications received during the month April 2019 was the highest ever by 37%,” she reveals.

The rate of South Africans citing “emigration” as their primary motive for selling their home shot up in Q1 2019.

Arno Steynberg, a 15-year veteran of the South African migration industry, says “interest has most definitely picked up,” particularly in the realm of skilled migration.

“Things are getting worse very quickly now and correct guidance and awareness are needed as a matter of urgency,” he says, explaining that investment migration as a concept is not all that familiar to HNWIs in the country, who are often skeptical of such solutions, thinking they may be scams.

“The fabric of our society has broken down so much that one cannot blame us for the trust issues we all have.”