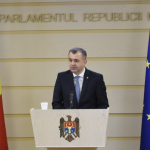 The moratorium on Moldovan citizenship by investment expired on Thursday without a Parliamentary decision on the program’s future.

Speaking to reporters on Friday, Prime Minister Ion Chicu of Moldova commented that his cabinet intended to propose a further extension of the ongoing moratorium on the country’s citizenship by investment program. The extension, if approved by Parliament, would see the program put on hold until 2021.

The government, said Chicu, will now vote internally on a draft law that it will subsequently submit to Parliament, according to MoldPres. The prime minister said that although vetting procedures for program applicants were strict, it also came with certain risks.

“We worked out a draft law which provides for this moratorium; we will approve this draft next week at the cabinet meeting and we hope that the parliament, for its part, will accept it,” the prime minister said.

Moldova’s CIP moratorium originally expired in December, upon which it was extended by a further two months. That extension itself expired on Thursday, February 20th. During that day’s parliamentary session, the majority of lawmakers voted to exclude the topic of citizenship by investment from consideration on grounds that the relevant parliamentary commission had not prepared a report on the matter.

The leader of that group, the Parliamentary Commission on National Security, Defense, and Public Order, promised to have a report ready by next week.

Since the moratorium has now expired and the law remains unchanged, citizenship by investment is now, technically speaking, permissible in Moldova. As the Commission’s report is issued next week, Parliament will presumably proceed to determine the program’s immediate future then.