Approved CIP Agents Nears 1,000 Globally, But One Program Just Disqualified 38% of Its Licensees 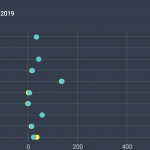 The number of companies and individuals licensed to submit citizenship by investment applications – among the ten CIPs that require such licenses – now stands at 922 worldwide. While, in the last ten weeks alone, 30 new agents obtained approvals, Vanuatu’s DSP recently culled 14 out of 37 licensees.

While the number of accredited agents remained unchanged during the period for the citizenship by investment programs of Antigua & Barbuda (36) and Dominica (45), ranks swelled among all other CIPs – with the notable exception of Vanuatu.

According to James E. Harris, Managing Partner of the Vanuatu Information Centre, Vanuatu’s Citizenship Commission had “struck off a number of agents for failure to meet minimum performance targets [no fewer than six cases per six months], but many of these agents will be permitted to re-apply. Indeed, we expect many of them to do just that this coming week, so those numbers may change again before long.”

In absolute terms, the Cypriot CIP saw the greatest increase in agent numbers between early February and late April this year, adding 15 new companies to its roster. The total figure now stands at 577 agents, more than all other programs combined (345).

Why is Cyprus such an outlier in this respect? See: Cyprus’ CIP Has More Agents Than All Others Combined, But Saint Kitts Has Twice as Many on Per Capita Basis

After a cautious start at the end of last year, Moldova’s CIP now has seven accredited agents while Montenegro announced in March that only three firms – Arton Capital, Apex Capital, and Henley & Partners – had obtained licenses, a number to which they have no express intention of adding. See: Montenegro Picks Only Three Firms – Arton, Apex, and Henley & Partners – as Approved Intermediaries

Grenada, Malta, and Saint Lucia each granted two new accreditations during the period, while Saint Kitts & Nevis issued one.

You can see complete, up-to-date lists of accredited agents for each program on our Accredited Agent Lists page.