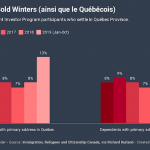 That some nine-tenths of participants in Québec’s Immigrant Investor Program (QIIP) break their perfunctory promise declaring that the Francophone province is their “intended destination” has long been a point of contention, especially in British Columbia and Ontario, the actual destinations of the bulk of investors.

Explanations for why so few of Québec’s immigrants end up settling in the province have ranged from relative lack of an immigrant milieu compared to Vancouver and Toronto to Asian unfamiliarity with French language (if Québécois can be characterized as such) and bitingly cold winters compared to Vancouver’s mild coastal climate.

While calls for both the provincial government in Québec and the federal government in Ottawa to enforce the declaration emerge with regularity, neither authority have any political means of doing so.

That is because the right of mobility, settlement, and work anywhere within Canada is guaranteed by Canada’s Charter of Rights and Freedoms, a right that the Federal government – to say nothing of the government in any particular province – has no power to change (the House of Commons, the Senate, and two-thirds of the provinces representing over 50 percent of Canadians must approve any changes to the Charter or any part of the constitution). 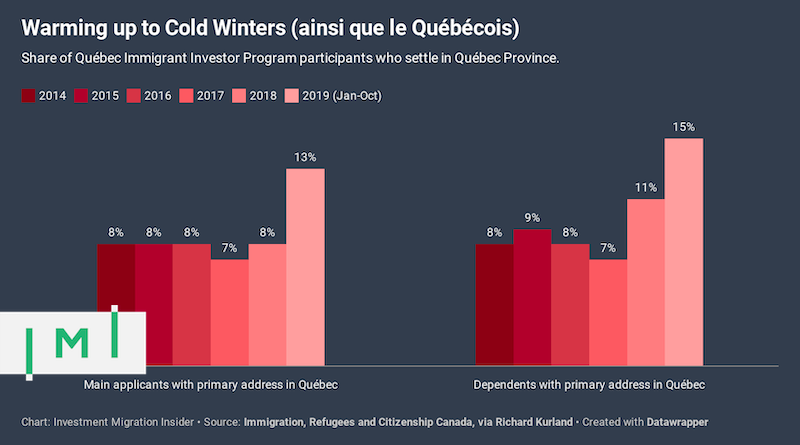 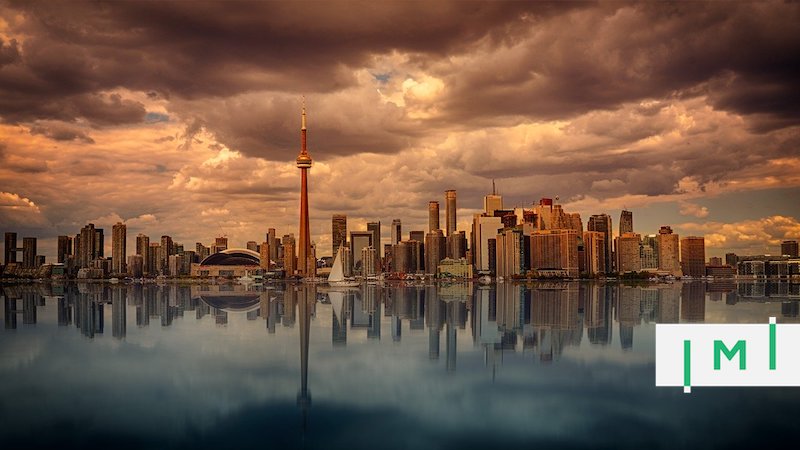 What the EU Needs to Learn From Canada’s Targeted Investment Migration Model
The money-for-rights model of investment migration – while economically successful – is a hard sell, politically. Canada’s model offers a compromise. 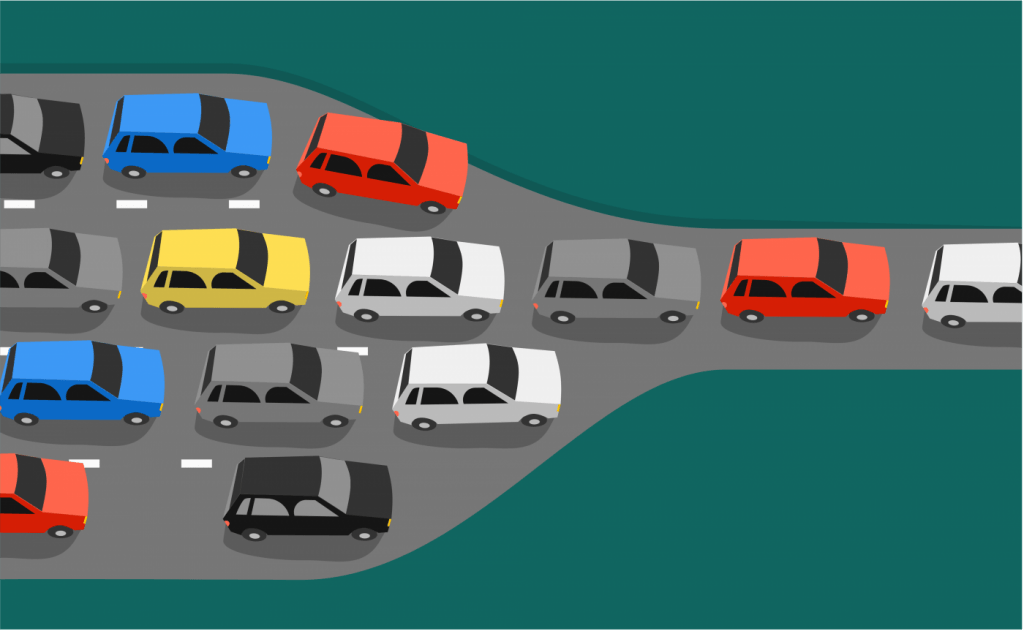 New Brunswick is among the few provinces that have found a way of “enforcing” the unenforceable promise by making its immigrants buy a bond, the liquidation of which is contingent upon proof of residence within the province as demonstrated through tax returns.

Québec, however, which enjoys 100% of the capital invested through the QIIP while passing more than 90% of the public costs otherwise associated with those individuals (education, healthcare, and so on) on to municipalities like Vancouver in British Columbia and Toronto in Ontario, has little incentive to introduce a New Brunswick-style solution.

Between 2014 and 2018, the share of main applicants who reported that their primary address was in the province of Québec has hovered between seven and eight percent but in 2019 it has risen sharply.

Between January and October 2019, fully 13% of main applicants and 15% of dependents reported that their primary residence was in the province of Québec. What explains the sudden rise?

“It could have something to do with the taxes levied on non-residents in Ontario and certain municipalities in British Colombia,” suggests Canadian-born immigration lawyer David Lesperance. Such taxes, introduced in recent years in response to the rising share of predominantly Chinese purchasers of real estate who contribute to price growth but leave their apartments unoccupied.

“Many of these “ghost-investors” [nominal residents who, in reality, spend most of their time abroad] are wising up to the fact that property acquisitions in Vancouver and Toronto have become not only much more expensive in recent years but also more taxed than in Québec,” he explains.

The post 91% of Québec Immigrant Investors Settle in Other Provinces – But That’s Changing Quickly appeared first on Investment Migration Insider.