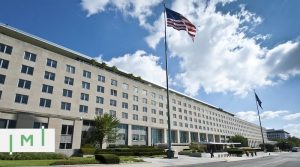 In its 2020 Country Reports on Human Rights Practices, published on Tuesday, the US State Department noted shortcomings in transparency (and the potential or actualized corruption that such opacity engenders) among five prominent citizenship by investment programs:

The CIPs of Saint Lucia, Grenada, and Vanuatu – three programs that generally provide extensive and open data sets covering both program applications statistics and revenue figures – were not mentioned in the report.

Below, we have highlighted the pertinent sections of the report for each of the programs mentioned.

Media and private citizens reported government corruption was widespread and endorsed at the highest levels of government. In September, Prime Minister Browne and a prominent member of his political party traded public and specific accusations of corruption in government procurement and other areas that neither person refuted. The Citizenship by Investment Program was a critical source of government revenue, but its lack of transparency fueled citizen concerns concerning oversight and corruption.

Local media and opposition leadership continued to raise allegations of corruption within the government, including in the Citizenship by Investment program.

Media and private citizens reported government corruption was occasionally a problem. Citizens expressed concern about the lack of financial oversight of revenues generated by the Citizenship by Investment (CBI) program. The government introduced security measures in 2018 to make the CBI process more transparent, and it began vetting investors. The government did not publicize the number of passports issued through CBI or the nationalities of the passport holders.

On October 12, Al Jazeera aired an expose, The Cyprus Papers—Undercover, in which undercover reporters captured extensive evidence of government corruption related to the Citizenship by Investment scheme (CBI). In the video the president of the House of Representatives, Demetris Syllouris, House of Representatives member Christakis Giovani, and CBI facilitators indicated their willingness to assist a fictitious Chinese CBI applicant whom they were told had been convicted of money laundering and corruption. On October 13, the government announced it was terminating the CBI program, effective November 1, and Attorney General George Savvides ordered an investigation into any possible criminal offenses arising from the Al Jazeera report. Syllouris and Giovani resigned from the House of Representatives.

In September, Keith Schembri was arrested and subsequently released on bail for allegedly receiving kickbacks amounting to 100,000 euros ($120,000) for Malta’s Individual Investors Program, a citizenship-in-exchange-for-investment scheme, from financial and business advisory services firm Nexia BT. On November 11, police released former Minister Konrad Mizzi and Schembri following fresh interrogations by police investigating financial crimes and money laundering. Both are reportedly still under investigation but have not yet been formally charged.